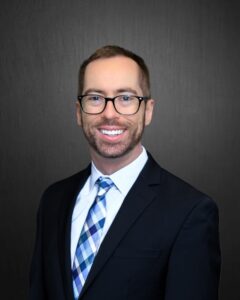 Kevin Duff is the Vice President of Policy and Research at Ohio Excels. He is committed to improving the lives of children by ensuring that all students, especially low-income students and student of color, have schools that prepare them for success.

Before joining Ohio Excels, Kevin was a consultant and senior analyst with Education First Consulting from 2015 to 2018. In that role, he led project teams conducting research, provided direct support to education policymakers in seven states, and developed high-profile guidance on federal policies and stakeholder engagement.

Before Education First Consulting, Kevin served in the Ohio Department of Education. Starting as an intern in 2008, he rose to the position of senior policy analyst during his final three years. Interfacing with the State Board of Education and elected officials, Kevin played a leading role in the formulation and implementation of a wide range of major policy initiatives. These initiatives include Ohio’s graduation requirements, academic standards, assessments, report cards and accountability, the third grade reading guarantee, and school improvement efforts.